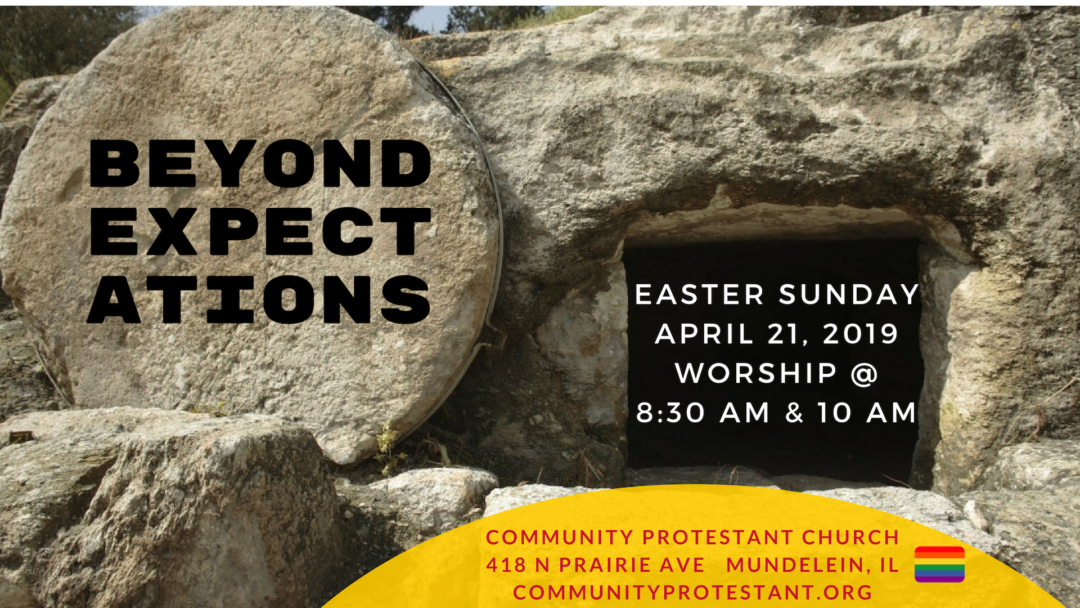 Scripture tells us that the disciples followed Jesus to Jerusalem. We can only glean hints of what they expected to happen there from snippets of conversation along the way. They argued about who among them was the greatest and angled for seats of honor at Jesus’ side when he ‘comes in to his glory.’ Jesus consistently pushed back at those expectations. He answered the argument about who was the greatest by lifting a little child in their midst. He told those seeking places of honor at his right and his left that it was “not mine to grant, but for those for whom it has been prepared.” They were clearly expecting something big (and vaguely grand) to happen when Jesus came to Jerusalem.

I always advocate for those who seek a closer relationship with Jesus to attend all of the Holy Week services: Palm Sunday, Maundy Thursday, Good Friday, and Easter. By doing so, one experiences the full breadth and depth of the emotional whirlwind encountered by those first disciples and, perhaps most astonishingly, in ‘real time.’ In the space of one week they (and we) marveled at a triumphant, circus-like entry parade, witnessed Jesus disrupting the crass commercialization at the Temple, gathered in the upper room for one last meal together where Jesus demonstrated love and service by washing their feet, was immediately betrayed, handed over to the authorities, and executed by them. And then: the silence, the despair, the crushed hopes. But on the third day… a shocking discovery! Even though Jesus had said he would rise again, no one expected it to happen. Everyone was stunned by the discovery of the empty tomb. It’s just not what one ever expects. No, we expect the dead to stay dead!

God, however, had other plans. Thankfully, our lives are never just the sum of our expectations for ourselves nor those of others about us. Some things can look dead, act dead, or actually be dead, but the promise of the Gospel is that God has the last word. God is still in the resurrection business and as hard at work as ever. Jesus was dead, but the Body of Christ lives on in you and me and in the lives of all the Saints. It wasn’t what the disciples expected resurrection to look like, but it’s a much greater truth. How might our expectations change if we factored in a God of boundless love, justice, and mercy into them?