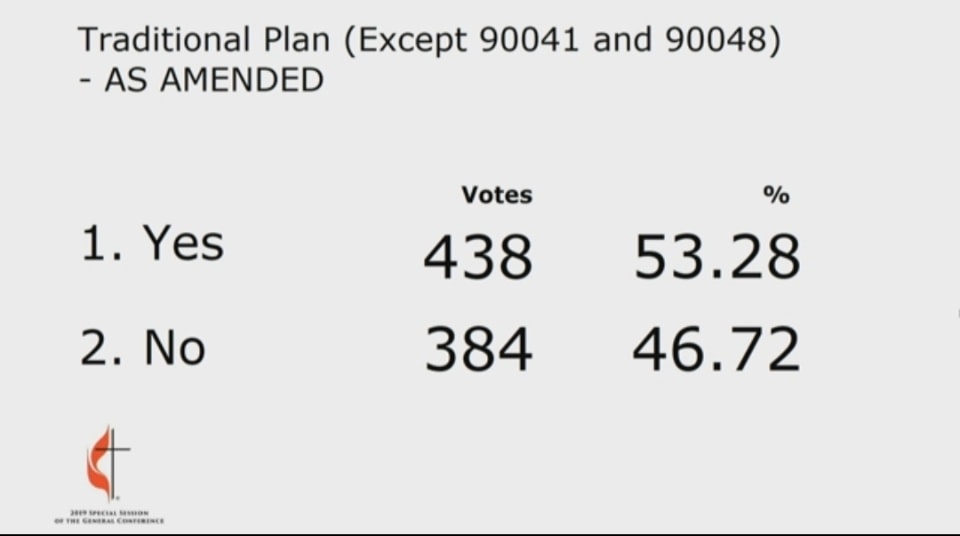 With everything that’s been going on in the news, you may have missed a story that has devastated numerous friends and colleagues of mine. On Tuesday, the General Conference of the United Methodist Church (UMC) voted by a slim margin to continue restrictions prohibiting the ordination of clergy who are openly LGBTQ and against UMC clergy officiating weddings of same-sex couples. A plan that allowed for greater diversity and local autonomy in decisions regarding these issues was rejected by similar numbers. There are many who worked hard and waited patiently for their church family to accept them for who they are and know themselves to be. They were looking forward to this moment for years, in some cases, for decades. On Tuesday, those hopes were dashed by the votes of a simple majority and now it seems (more likely than not) that the third-largest denomination in the U.S. will split.

Since the beginning of the Christian Church, people have argued about who should be included, allowed to lead, and on what terms. The Apostle Paul admonished the Galatians for believing that Gentiles needed to undergo circumcision (a harrowing prospect to adult males, to be sure) to be considered faithful Christians. He assures them that no one is justified by this act, “but through faith in Jesus Christ.” In other words, we don’t have to be the same in order to faithfully follow Jesus. The widening circle of “who’s in” is, in fact, the power of the Gospel of Jesus Christ.

Sadly, Paul’s letters did not settle the issue once and for all. Others would come later and narrow the definition of who’s worthy of leadership and who should merely be tolerated. Our tradition in the United Church of Christ has worked to broaden the definition, often in spite of popular opinion. The ordination of people of color, women, and openly LGBTQ persons is now considered commonplace in the UCC and we’ve benefitted from the influx of those who were refused by their former traditions.

Our calling as Christians is not just to provide sanctuary for those exiled from other traditions, it is to do the work of transformation by proclaiming the Gospel to all the world, even to our fellow Christians, until such a time that we are all indeed ‘one in the Spirit’ and none are excluded from the places and wider families where they first experienced God’s amazing grace in Jesus Christ. That will be the day when we can pat ourselves on the back and say “Glory to you, Lord God.” Until that time comes, let us work and pray for the full acceptance of every child of God.